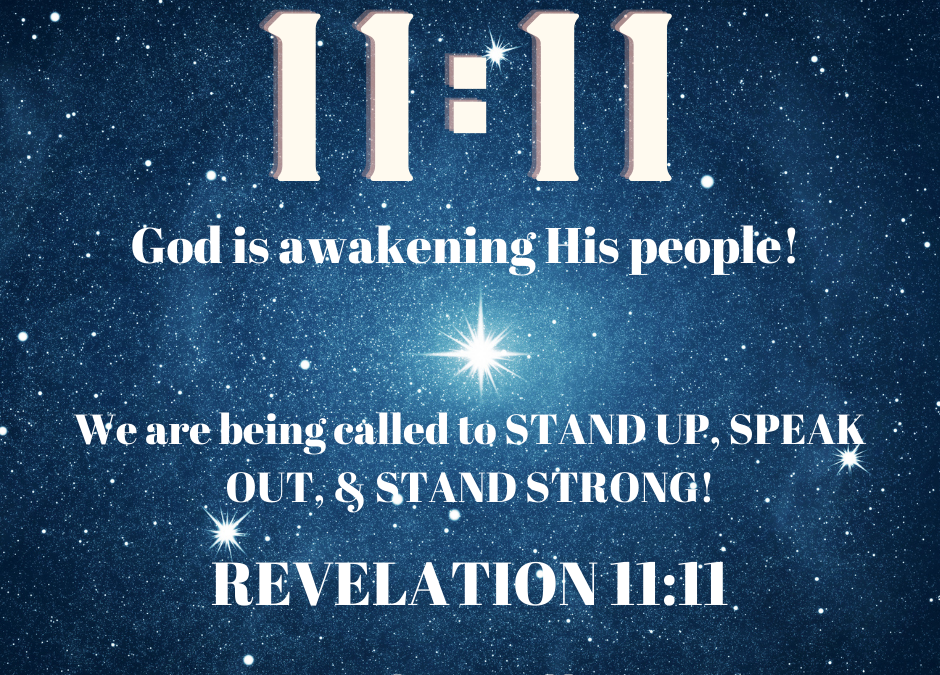 Back in 2014, I began to randomly see the number 11:11 or 1111, or 11:1 or 111. You get the idea. At first, I didn’t think too much about the occurrences but soon began to recognize that this phenomenon was anything but random. When it became obvious these events were happening more and more frequently, I began to research what on earth was happening.

What I was led to was an incredible journey that God can and will reach His people even in a digital age. Many believers are scared off by the “numerology” thing and believe it to be evil. I am not talking about numerology. However, we do serve a God of numbers Who is orderly and exact. We even have an entire book in the Old Testament called Numbers.

For the past 8 years, my 11 encounters have remained very steady. What I have determined is when I see these numbers, I say an immediate prayer with whatever is on my heart. Many people call seeing these numbers the “Awakening Code”. As I have prayed on this and have continued to research, I believe I have found the coolest answer!

Let’s take a look at Revelation 11:11: “After three and a half days a life-giving breath came from God and entered them, and they stood up, and all who saw them were terrified.”

I have felt such a quickening from the Holy Spirit over the past few years that is calling believers to STAND UP, SPEAK UP, and to STAND STRONG! The world is pushing anti-Christian, anti-God, anti-anything that God says is good such as sex, marriage, gender, and more. Brothers and sisters in Christ, we have been silent for way too long.

Do you see this in Revelation 11:11 that they “stood up” and all who saw them were terrified. You guys, this is what truly terrifies those who hate God and that is the power that His people have when they stand together. I believe God is calling all of us to AWAKEN! The time is here and the time is now. How will you answer the call?

Church, let’s wake up and get busy for the Kingdom. There is no accident that we are told to put on the Armor of God! This is a battle and we are His warriors. Take up your weapons of prayer, love, and God’s Word, into the battlefield today! Will you fight the good fight?